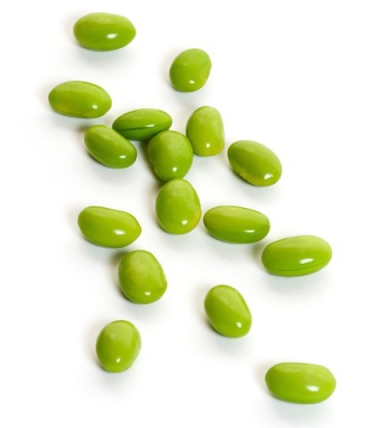 We recommend that one avoid the consumption of industrially produced soy products but, what about edamame? This question has come up in a couple of post discussion threads on Facebook and I wanted to ensure more see our recommendations:

From the article: What’s Edamame? And Other Questions about Green Vegetable Soybeans

A – “Edamame is the Japanese word for sweet, green vegetable soybeans. They are harvested at the point when the beans are well developed but still soft and green. Boiled or steamed in the pod for up to 20 minutes, they are salted, removed from the pod and served chilled. In Japanese restaurants, I’ve seen them offered as an appetizer, green vegetable or an ingredient in salads. Americans, however, have found a whole new way to eat edamame – snacking on big bags of it in front of TV. This practice has taken off to such an extent that Whole Foods, Costco and other food emporia now dedicate whole freezer cases to edamame. It’s rare to find fresh edamame in such stores. Most is sold frozen either with or without the pods. Historically, edamame was unpopular because of the time-consuming challenge of hulling it. Dr. John Harvey Kellogg was frustrated for years because he wanted to can edamame but found it uneconomical. That changed for him in 1935 when Henry Ford’s Edison Institute came up with a reliable mechanical process. Kellogg would be amazed today to find so many snackers who find the shelling to be part of the attraction.” — Dr. Kaayla Daniel

Q – I thought edamame was like so good for you! Really, seriously, it’s not? I mean it’s a natural bean still in its shell, how can it not be good for you? – Ariel

A – Dear Ariel, A little once in awhile, as in the small quantities served as an appetizer in many Japanese restaurants is fine for most people. No worries unless you are allergic. The problem today is, a lot of people are noshing on edamame like its popcorn. And doing so night after night. Bottom line is the quantities of antinutrients and toxins in the edamame collective add up quickly. Edamame can thus put you at risk for digestive distress, thyroid disorders, immune system breakdown, reproductive problems, etc. I’d also suggest it is “really, seriously” naive to think “natural” is always “safe” and “good for you.” Raw or undercooked “natural beans in their shells” are notorious producers of gas and other digestive distress. And if that doesn’t convince you that there are some hazards to beans, you might want to Google “favism.” — Dr. Kaayla Daniel

Q – Please elaborate on edamame. I like to give it to my children. I’m confused because I thought it was a good and healthy raw health food – Edda Mama

A – “Dear Edda Mama, You don’t want to eat edamame raw. Ever. It must be cooked. Even then, it will retain some antinutrients, toxins and phytoestrogens. These will add up, putting you and your children at risk, if not sooner, later. Risk is not certainty, but for the reasons noted above, please don’t let your children overindulge.” — Dr. Kaayla Daniel

Conclusion – eat cooked and in moderation, not wise to snack on it like popcorn.

5 Responses to What about Edamame?