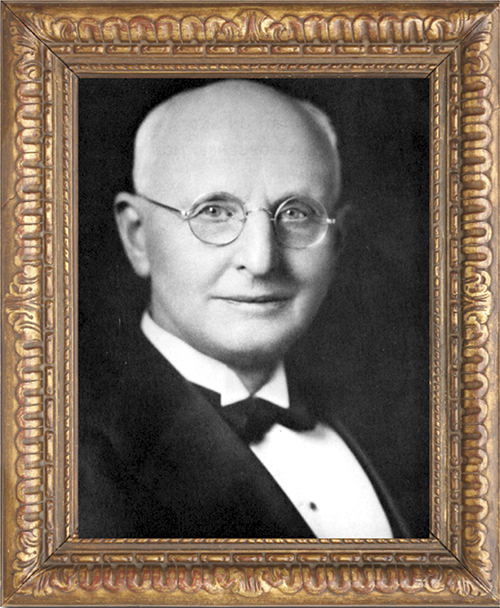 “I am deeply interested not only in your health individually but in the efficiency and welfare of your families. It is particularly important in these times of industrial and financial stress, that children shall not suffer defects which may mark and handicap them for their entire life.” So wrote Dr. Weston A. Price, author of the book Nutrition and Physical Degeneration, the classic work on the relation of diet to disease, to his nieces and nephews in the year 1934, signing the letter, “Lovingly, Uncle Weston.”

What did the healthy people that Dr. Weston A. Price visited do in order to prepare to create a family?

Please keep in mind that the word “primitive” was not used in a disrespectful manner in his book. Dr. Price clearly had deep respect for those he observed. He writes, “Among the important applications that can be made of the wisdom of the primitive races is one related to methods for the prevention of those physical defects which occur in the formative period and which result in physical, mental and moral crippling. When I visited the native Fijian Museum at Suva, I found the director well-informed with regard to the practices of the natives in the matter of producing healthy normal children. He provided me with a shell of a species of spider crab which the natives use for feeding the mothers so that the children will be physically excellent and bright mentally, clearly indicating that they were conscious that the mother’s food influenced both the physical and mental capacity of the child. The care with which expectant mothers were treated was unique in many of the Pacific Islands. For example, in one group we were informed that the mother told the chief immediately when she became pregnant. The chief called a feast in celebration and in honor of the new member that would come to join their colony. At this feast the members of the colony pledged themselves to adopt the child if its own parents should die. At this feast the chief appointed one or two young men to be responsible for going to the sea from day to day to secure the special sea foods that expectant mothers need to nourish the child.

Recent studies on the vitamin content of crabs have shown that they are among the richest sources available. We have then for modern mothers the message from these primitives to use the sea foods liberally, both during the preparatory period in anticipation of pregnancy and during that entire period.

Dr. Price writes, “This Fiji woman has come a long distance to gather special foods needed for the production of a healthy child.  These and many primitive people have understood the necessity for special foods before marriage, during gestation, during the nursing period and for rebuilding before the next pregnancy.”  This photo is reproduced by permission by the Price-Pottenger Nutrition Foundation who holds the copyright. Please use the photo only with their express written consent.

In Fig. 129 [shown above] will be seen a woman of one of the Fiji Islands who had gone several miles to the sea to get this particular type of lobster-crab which she believed, and which her tribal custom had demonstrated, was particularly efficient for producing a highly perfect infant.

For the Indians of the far North this reinforcement was accomplished by supplying special feedings of organs of animals. Among the Indians in the moose country near the Arctic circle a larger percentage of the children were born in June than in any other month. This was accomplished, I was told, by both parents eating liberally of the thyroid glands of the male moose as they came down from the high mountain areas for the mating season, at which time the large protuberances carrying the thyroids under the throat were greatly enlarged.

Among the Eskimos I found fish eggs were eaten by the childbearing women, and the milt of the male salmon by the fathers for the purpose of reinforcing reproductive efficiency.

The coastal Indians in Peru ate the so-called angelote egg, an organ of the male fish of an ovoviviparous species. These organs were used by the fathers-to-be and the fish eggs by the mothers-to-be.

In Africa I found many tribes gathering certain plants from swamps and marshes and streams, particularly the water hyacinth. These plants were dried and burned for their ashes which were put into the foods of mothers and growing children.

Among many of the tribes in Africa there were not only special nutritional programs for the women before pregnancy, but also during the gestation period, and again during the nursing period.

As an illustration of the remarkable wisdom of these primitive tribes, I found them using for the nursing period two cereals with unusual properties. One, was a red millet which was not only high in carotin but had a calcium content of five to ten times that of most other cereals. They used also for nursing mothers in several tribes in Africa, a cereal called by them linga-linga. This proved to be the same cereal under the name of quinua that the Indians of Peru use liberally, particularly the nursing mothers. The botanical name is quinoa. This cereal has the remarkable property of being not only rich in minerals, but a powerful stimulant to the flow of milk. I have found no record of the use of similar cereals among either the English or American peoples. In Chapter 14, I presented data indicating that the Peruvians, who were descendants of the old Chimu culture on the coast of Peru, used fish eggs liberally during the developmental period of girls in order that they might perfect their physical preparation for the later responsibility of motherhood. These fish eggs were an important part of the nutrition of the women during their reproductive period. They were available both at the coast market of Peru and as dried fish eggs in the highland markets, whence they were obtained by the women in the high Sierras to reinforce their fertility and efficiency for childbearing. A chemical analysis of the dried fish eggs that I brought to my laboratory from Alaska as well as of samples brought from other places has revealed them to be a very rich source of body-building minerals and vitamins. Here again, I have found no record of their use in our modern civilization for reinforcing physical development and maternal efficiency for reproduction. As I have noted in Chapter 15 special nutrition was provided for the fathers by tribes in the Amazon jungle, as well as by the coastal tribes.

Unprocessed frozen fish eggs are available online at Vital Choice, via our affiliation.  The above mentioned red Quinoa is also available at Amazon, through our affiliate program. Some good brands are Eden Organic, Ancient Harvest and Bob’s Red Mill.

Professor Drummond, a British bio-chemist, in discussing the question of the modern decline in fertility, before the Royal Society of Medicine |4| suggested that the decline in the birth rate in European countries, during the last fifty years, was due, largely, to the change in national diets which resulted from the removal of vitamins B and E from grains when the embryo or germ was removed in the milling process. He called attention to the fact that the decline in the birth rate corresponded directly with the time when the change was made in the milling process so that refined flour was made available instead of the entire grain product.

Of the many problems on which the experience of the primitive races can throw light, probably none is more pressing than practical procedures for improving child life. Since this has been shown to be largely dependent upon the architectural design, as determined by the health of the parental germ cells and by the prenatal environment of the child, the program that is to be successful must begin early enough to obviate these various disturbing forces. The normal determining factors that are of hereditary origin may be interrupted in a given generation but need not become fixed characteristics in the future generations. This question of parental nutrition, accordingly, constitutes a fundamental determining factor in the health and physical perfection of the offspring.”

See our recommended diet for motherhood.

You may view an older version of Nutrition and Physical Degeneration online here.

What do you think of this article? Do you believe good nutrition has the power to change not only our present health, but also that of the future generations?

Please note that we serve as an affiliate for Amazon, in addition to allied organizations and individuals whose products and/or serves we recommend. In some cases, we receive referral bonuses or commissions for our promotional efforts. This enables us to sustain our educational efforts.

5 Responses to The Next Generation