Is 4 months too early to introduce solid foods to a baby? 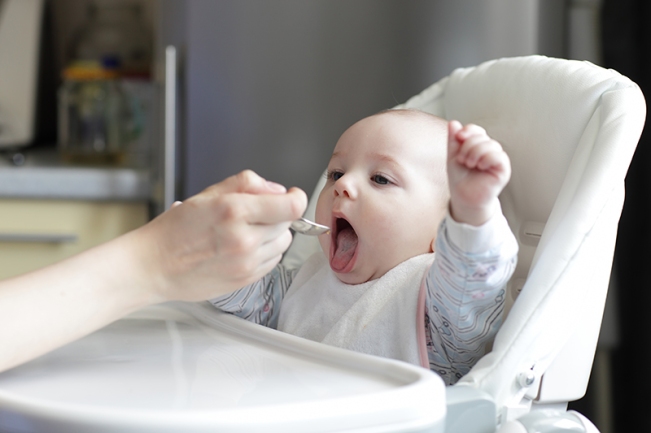 According to the Sally Fallon Morell and the Weston A. Price Foundation, the short answer would be that 4 months is too early to introduce solids to some babies, and not too early for others if they are developmentally ready. There have been concerns expressed in our community about this position. Some have stated the gut is not sealed until 6 to 8 months, and therefore solids should not be introduced until then. Some recommend the later the better, and even advocate that a baby be exclusively breastfed until 12 months.

I decided to explore these concerns with Sally Fallon Morell and also reached out to Dr. Natasha Campbell-McBride who is a medical doctor with two postgraduate degrees: Master of Medical Sciences in Neurology and Master of Medical Sciences in Human Nutrition. She graduated as a medical doctor in Russia. After practicing for five years as a Neurologist and three years as a Neurosurgeon she started a family and moved to the United Kingdom, where she got her second postgraduate degree in Human Nutrition. She practices in the United Kingdom as a nutritionist and not as a medical doctor. Since Dr. Natasha, as she is referred to, writes extensively about leaky gut in her best selling Gut and Psychology Syndrome book, I figured if anyone would be cautious about delaying the introduction of solids to babies due to concerns about developing a leaky gut, it would be her. This is her response is below. Please note that weaning in this context doesn’t mean that breastfeeding will stop.  The weaning process is said to begin the first time a baby takes food from a source other than mother’s breast:

[The] majority of babies are ready to be weaned by 6 months, but many babies are ready earlier – they start getting hungry because they don’t get enough from the mother’s milk. To add formula to those babies is not a good idea, it is much better to start adding real foods. Sally Fallon Morell is absolutely right – no grains, beans or any other starchy and difficult to digest plants. Start according to the New Baby diet on my website and in my book. Animal foods – meat stock, meats, fish, eggs and fermented raw dairy (from proper milk) should be introduced, as well as cooked vegetable … Gradually! The gut wall of babies is permeable for a reason, it is necessary to develop oral tolerance of a plethora of antigens from the environment. Introducing foods during that time ensures that the child develops tolerance and can eat natural food without reacting with allergies.

I followed up with Dr. Natasha about a couple of questions:

What about homemade formula?

In regard to the sentence “To add formula to those babies is not a good idea, it is much better to start adding real foods.” I asked, “Would you say this is also true of the homemade formulas published in Nourishing Traditions?” McBride responded: “No, the homemade formula is real food. It cannot be compared to the commercial formula.”

When does the gut seal?

I asked, “When does the gut seal, generally speaking?” Dr. Natasha answered: “It is not really known when the gut wall seals itself or if it seals at all. I think it is porous most of our lives and different foods have an ability to make it more porous, gluten is well-known for that. However, the gut has a mucosal immune system (GALT – gut associated lymphoid tissue), which is based in the mucous membranes from lips to the end of the digestive system. This tissue is responsible for developing tolerance to foods, because it learns about them and allows the gut lining make an informed decision in what to let through and what not to let through. It has been shown that early introduction of various foods into the diet produces better tolerance and less possibility of food allergies. Healthy gut flora is paramount for the gut and GALT to be healthy and choosy in what it lets through.”

When were solid foods traditionally introduced?

I explored when solid foods were traditionally introduced, and came upon research Alice Callahan, PhD, published on her blog The Science of Mom. There is an assumption amongst some mothers that longer exclusive breastfeeding – and longer delay in starting solids foods – must be more natural, and hence, healthier. Looking at traditional societies who had no access to commercial baby food, modern pediatricians, or divisive Facebook debates, may offer us some perspective on what is “natural.” A survey of childbirth and breastfeeding practices in 186 non-industrial cultures reported that solid foods were routinely introduced before 6 months:

“Contrary to the expectation of a prolonged period of breast-milk as the sole source of infant nutrition, solid foods were introduced before one month of age in one-third of the cultures, at between one and six months in another third, and was postponed more than six months for only one-third.”

A more recent cross-cultural analysis of 113 nonindustrial populations from around the world found that parents introduced solid foods before 6 months in more than half, with 5-6 months being the most common time for introduction. Nonetheless, Alice Callahan concludes that “Human diets and infant care practices vary tremendously around the world, so it’s impossible to say if starting solids at 4 months or 6 months is more natural.”

When do our community members introduce solids?

I conducted a poll in our Facebook group: Nourished Children. My question was “When did you introduce solid foods to your baby? If you have more than one and they stated at different times, please choose one for each! If after 6 months, please let me know why in the comments!” Poll options started at 4 months and continued monthly until 12 + months.

As of this writing [a few community members have continued to answer the poll]:

So the majority of people in our community who responded, 186 out of 266, or 70%, did introduce solid foods between 4 and 6 months, which is the recommendation made by the Weston A. Price Foundation.

One of our community members, Monica Corrado of Simply Being Well, who did start solids with her son at 4 months explains: “From personal experience, as both a mom who breastfed her 10.25 pound son from birth to almost age 3, and a holistic nutrition counselor, I know that some children are just plain hungry earlier than others. And breast milk doesn’t do it. For those children, I include the 4-6 month column.”

These are some of the reasons cited by our community members in my poll for introducing solids after 6 months: 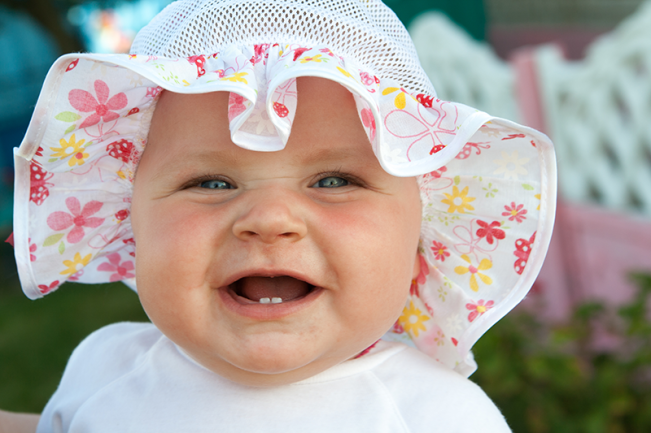 Jen Allbritton, a Certified Nutritionist, notes the following signs in her Nourishing a Growing Baby article published on the Weston A. Price Foundation’s website: “When infants are ready for solids they start leaning forward at the sight of food and opening their mouths in a preparatory way. In addition, babies should be able to sit up and coordinate breathing with swallowing. Finally, infants will stop pushing their tongue out when a spoon or bit of food is placed in their mouth–a reflex common in infants that disappears at around four months of age.” What isn’t mentioned in Jen’s list, yet mentioned by some in our community, is the appearance of teeth as a sign of readiness.

One woman in our community in explaining her choice to wait to introduce solids after 6 months wrote:  “I waited for teeth [because] babies don’t create an enzyme that helps digest solids until teeth break through.” I asked Sally Fallon Morell about this claim and she responded: “Reference please??  But typically teeth come in at 6 months or before, and if they are coming in later, to me that’s a sign that additional nutrition is needed.” Dr. Natasha Campbell-Mcbride agrees: “I think Sally is right! The child may not have enough nutritional resources to grow teeth. Vitamin D is particularly important, the child needs to sunbathe.” I did not find a viable reference for the claim that babies don’t create an enzyme that helps digest solids until teeth break through. Dr. Natasha did not find any either: “Where is the evidence for this, I don’t see any.” Parents in a forum discussing the topic reported that their baby was born with a tooth or even teeth, yet, the consensus is that baby is not ready to be feed solids on day one. Clearly, there are a number of signs that indicate readiness. When/if I learn more on this topic, I can create another blog post, and update this one!

Please note that our recommendations for baby’s first solid food is not actually solid food, but rather a fairly liquid, semi-solid pasture-raised egg yolk. Also, cod liver oil is recommended at 3 or 4 months.

I don’t know that the debate about when to introduce baby’s first foods will ever be resolved, because like many parenting choices, there will likely continue to be a variety of opinions expressed. In any event, we clearly don’t advocate that babies be forced to eat solids by a particular date, but rather that they be introduced around 6 months, and as early as 4 if baby shows signs that they are ready.  Each baby is unique, of course, so we would encourage you to watch for signs of readiness in your own baby. Be sure to see our Resources for Baby’s First Solid Foods which includes links for further reading. Please note that we don’t recommend rice cereal as baby’s first food or any other grains until 2 years ideally.

13 Responses to Is 4 months too early to introduce solid foods to a baby?