As I shared in a recent post titled Celebrating David Wetzel and Fermented Cod Liver Oil, traditionally cod liver oil was fermented.  Green Pasture Products has revived the lost art. What follows is an explanation of why and how.

The Industrialization of Cod Liver Oil

As David Wetzel of Green Pasture Products explains in his presentation on the topic: “Throughout history, from Roman times to Viking times, it took 5 to 6 months to ferment the cod livers.  As early as 1850 some of the industrialization started to take hold.  They found that if one heats those livers – which is a process referred to as rendering, they could pull the oil from the livers in a day rather than 5 or 6 months.  They didn’t understand what it would do to these oils.  But, they did understood profits and that industry was born.”  The rest of this post comprises of David’s presenter’s notes.

They knew there were issues with this cod liver oil because it would become oxidized.  To oxidize is to combine or become combined chemically with oxygen, in the case of fish oil, turning it rancid. The shelf life of this rendered oils wasn’t very long — it changed dramatically over time.

We envision that during Dr. Weston A. Price’s day in the 1920s and 30s, the “rendered” cod liver oil was available on the shelves, in addition to the traditional, fermented kind.  While  the rendered version was no longer an unadulterated product, it still had nutritional value.  Cod liver was promoted as a way to ensure one’s baby would build a well shaped head … a straight, strong back, a fine full chest, sound, even teeth!

By 1940 — everything was industrialized.

In 1950 they cleaned up the problems from rendering – with the advent of a new solution – distillation.  With rendering the cod liver oil was heated to 230º F and with distillation the heat went to 400º F, plus added pressure and nitrogen.  Distillation created an odorless, flavorless, colorless and nutrient-less product which was marketable. They now had a shelf stable product that could be mass produced.

We had become a comfort society, in favor of convenience.  With this product, they could change the flavor, which made it easier for people to take.  Here is the text of an ad for White’s  Cod Liver Oil Tablets  …”science now gives you a pleasant, most convenient way of feeding your children precious vitamins A and D of cod liver oil – without the nauseating, fatty acids which are so often upsetting.  It gives you the valuable vitamins in a candy-like form–White’s Cod Liver Oil Concentrate Tablets.” 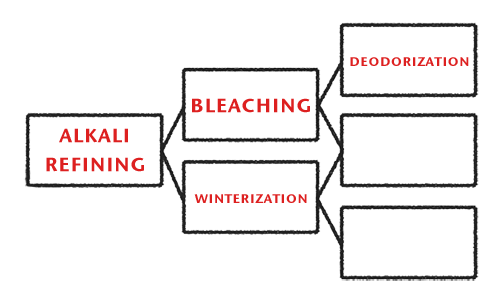 How is Cod Liver Oil Manufactured?

When I began to import cod liver oil, in order to sell it along with the high-vitamin butter oil I was manufacturing, I felt it imperative to go to Iceland and Norway to visit the various cod liver oil factories there. At that time, most cod liver oil in America was imported from Scandinavia, with a small amount coming from China.

What I learned is described in an article published in the Fall, 2005 issue of Wise Traditions, Cod Liver Oil Manufacturing: How Our Most Important Dietary Supplement Is Produced.

To summarize my findings, all the factories were engaged in industrial processing of cod liver oil, which involved alkali refining, bleaching, winterization and deodorization. Each of these steps, especially the deodorization, removes some of the precious fat-soluble vitamins, especially vitamin D.

I visited 6 mills in Norway and Iceland. All the mills were basically the same and I think they may have all been designed and built by the same Belgium manufacturing company.  All the mills were new and updated with the one exception. The entire focus was on industrialization of the oil.  Or tons, turns and marketability.  Real nutrients were not a focus of discussion.

The mill I imported cod liver oil from still maintained that they stripped the natural Vitamins A and D from the oil and added the natural A and D back in, but even they advised this practice was about to end.  There was no need to continue to focus on natural nutrients as the market place did not demand this and the cost to do so was not recouped when marketing.

The type of cod liver oil I imported into the Unites States originally and sold under the Blue Ice label has also been sold by Radiant Life and Dr. Ron’s UltraPure. What I came away with from my trip to Norway and Iceland was a deep concern and sense of alarm.

Today’s cod liver oil is not what we think it is.  Not the sacred, nutrient dense product we imagined and intended it to be. Todays cod liver oil was riding on the coat tails of centuries of use and success, but it no longer was the same product.  They called it by the same name but it was no longer the real deal. I embarked on a return to old methods.

I wanted to produce a cod liver oil that contained only natural vitamins and, if possible, do it without the industrial alkali and deodorizing treatments. I also wanted to produce cod liver oil in the traditional way, which is by fermentation. Initially, I thought this shouldn’t be so hard to do … it used to be done! The photograph of our fermented cod liver oil that you are seeing [below] is actually a result of a steep learning curve in re-introducing the old way with today’s regulations, labels and science-minded public.

What we do and how we do it

We start with only wild caught fresh livers harvested from the clean, pure waters of the Arctic region, and they are shipped to us in Nebraska.  Green pastures works exclusively with companies that are certified members of the Marine Stewardship Council.

The Marine Stewardship Councils is a world wide organization with a mission to use its ecolabel and fishery certification program to contribute to the health of the world’s oceans by recognizing and rewarding sustainable fishing practices, influencing the choices people make when buying seafood, and working with our partners to transform the seafood market to a sustainable basis.

Many of the world’s issues regarding the sustainability of fishing communities are directly tied to the size of the fishing boats. The most pronounced issues arise from the use of large boats, such as large commercial high seas processing boats. We do not work with any large commercial processing boats. A perfect world would mandate that a fishing boat not be larger than a family size boat. Prices would go up, but fishing communities would thrive, and most of the oceanic environmental concerns within the fishing industry would disappear.

We understand the issues within the fishing community are an exact replica of the issues involved within our farms and farming community. Size does matter. For the respect of God’s creation, our communities, our families, our food and nutrition we all need to recognize the importance of: ‘Small is Beautiful’ (for those of you familiar with E.F. Schumacher’s book), and Biblical, or traditional, farming, fishing, cooking, and eating practices.

Our fermented cod liver oil manufacturing plant is a 50,000 square foot clear-roof manufacturing building. This solar building allows us to use the sun for heating, drying by-products, and fermenting. We are currently working on a solar water heating system. In addition, we have a biomass boiler available for implementation as our needs increase.

Essentially, we put the cod livers in vats and let them ferment. Then we extract the oil, and after extraction we test for nutrient content as well as for a variety of other things.

Many of the great historical cultures had one sacred food which they relied on to ensure strong mind, body, and spirit: fermented fish/fish liver oil. As I’ve described, the mighty Roman soldier was given a daily ration of fermented fish oil. The stoic Scandinavian Viking had a drum of fermenting cod livers outside the door of his home. Grandma always had a bottle of cod liver oil in the back cupboard.

Nutrient assays, including vitamins A and D, for our fermented oils vary widely depending on methodology, lab and batch. Current science struggles to answer the questions we have on our sacred fermented foods.

There are many naturally occurring metabolites and co-factors that make the issue of measuring natural nutrients difficult in the fermented oils. We do know that historical cultures liberally consumed these sacred foods to great benefit without today’s standardization of knowledge.

How much fermented cod liver oil and high vitamin butter oil should one take?  Let’s look to Dr. Weston A. Price for the answer:

“The quantity of the mixture of butter oil and cod liver oil required is quite small, half a teaspoonful three times a day with meals is sufficient to control wide-spread tooth decay when used with a diet that is low in sugar and starches and high in foods providing the minerals, particularly phosphorus. A teaspoonful a day divided between two or three meals is usually adequate to prevent dental carries and maintain a high immunity; it will also maintain freedom from colds and high a level of health in general.” Dr. Weston A. Price

I’ve been blessed to visit Green Pasture in Nebraska and to be hired to photograph their products and facilities, some of which appear in this post, corresponding links and in this album.  Please reproduce these photographs only with the express written consent of Sandrine Love.

Here is an update to David’s original article on Cod Liver Oil Manufacture.

What is your experience of fermented cod liver oil in combination with high vitamin butter oil?